Deliver, meaning to liberate (deliver us from evil), to give birth or to take something somewhere, has become ubiquitous in contemporary management speak. This is particularly the case in the UK after the Labour government set up what they termed the PMDU (Prime Minister’s Delivery Unit) in the 00s under the aegis of the now knighted Michael Barber. Barber’s book Deliverology – a Field Guide for Education Leaders is used in the public sector and civil services throughout the world. The idea behind deliverology is to set up a small department, reporting directly to the accountable leader, which turns broad social aims, improving the level of literacy in schools, for example, 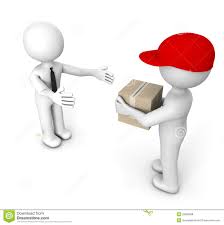 into measurable performance indicators. Systematic programmes are then developed with aim of advancing current performance amongst practitioners, who might then need to report on a regular basis on what they are doing with more or less elaborate monitoring forms . Although such programmes are likely to be ‘evidence-based’, i.e. they will have engaged with practice in a particular field and will be informed by research, they are nonetheless more often than not top-down, technocratic and target-driven. No area of the British public sector is left untouched by this technocratic, target-driven approach to ‘reform’.

There is now plenty of evidence to show that if targets work because they do so because they are made to work. That is to say, managers and staff in public sector organisations pursue a variety of strategies, legitimate and illegitimate, to make sure the targets they are measured on, and perhaps rewarded for, are realised. This may arise from careful and appropriate engagement with the way, say, literacy is taught in the classroom through to gaming strategies and massaging the figures. In case schools divert resources away from other areas of teaching, i.e. they ‘deliver’ on the literacy targets, but at the expense of numeracy, then other targets are set in order to cover as many areas of activity as possible. This can result in no educational stone left unturned and uninspected.

Understood as a technical discipline, ‘delivery’ is another form of project management tied to targets and goals, causing as many problems as it solves, and sometimes overwhelming staff with performance measures. But it has become so widespread that it has become almost impossible to imagine organisational life without them.

So much for the instrumental aspect of delivery, but there are also ethical and value questions. More generally, it has come to be a badge of honour to be known as ‘someone who delivers’. As Hannah Arendt reminds us, one of the things which makes us uniquely human is the making and keeping of promises. It should matter that we take seriously the promise of improvement, or a more equal society, say. Wouldn’t we want the people to whom we give responsibility for improving literacy in schools to commit strongly to the task and to tell us how they think they are getting on?

Yes, but as the word has become more and more widespread, so it is applied to a huge variety of social processes involving competing goods, which then get reduced to an object, a thing to be delivered, like a parcel. We might think of this as reification, turning a process into a thing, or what Alfred North Whitehead referred to as ‘misplaced concreteness’. For example, managers might find themselves committing to ‘delivering change’, ‘delivering excellence’, or ‘delivering transformation’. The plural becomes reduced to one, and much that is important, all nuance and complexity, gets lost.

Norbert Elias referred to this as process reduction, where a phenomenon which involves people acting in concert over a period of time, with no necessarily distinct beginning, middle and end becomes unrealistically reduced through language . The British government has spent nearly three years promising to ‘deliver Brexit’: what Brexit means is still to be defined, we won’t know when it’s over as the end of one phase will simply trigger the beginning of the next, on and on into the future. Who will decide when Brexit is ‘delivered’? That Brexit is complex and involves many irreconcilable valuations of the good is currently being played out in the British Parliament as no one version of ‘delivering Brexit’ can command a majority.

The whole Brexit episode, and any number of other social change programmes whether organisational or not, involve complex ethical and practical questions to be borne in mind if we commit to ‘deliver on our promises’.

The first is that we should not forget the link between origins, means and ends: that is to say, we might so enthusiastically pursue our goals that they lose contact with original moral or practical impetus that got us mobilised in the first place. And along the way we might treat people so badly that achieving our aims becomes a pyrrhic victory. The ends/means paradox is mutually constitutive. Lastly, in many organisations the complex apparatus of measuring and quantifying can lead to burn-out and cynicism amongst staff as they no longer recognise themselves in their work. When work which involves practical judgement and everyday expertise becomes reduced to ‘best practice’ (future post) or proxy targets, it can no longer seem like meaningful work.

Committing to our promises to one another involves a continuous exploration of the relationship between means and ends, the constant uncovering of what ‘we’ consider to be the good, and frequently reminding ourselves why we began this process in the first place. There is no thing to be delivered.

2 thoughts on “A glossary of contemporary management terms III – deliver”